The gap between industry needs and an available skilled work-force shows constant growth. Several studies throughout Europe point out that the engineering fields are not the first choice of young people, whereas the engineering skills and ICT field itself is defined as one of the key knowledge of economic growth in a long term perspective.

The area of robotics, informatics and mechatronics is quickly moving from a specialied subject in engineering and science to a situation where it is fully integrated within society. The situation could be compared with the area of ICT and Internet approximately 10 to 15 years ago. Estonia is a good example:

"Given the country’s tiny domestic market, start-ups have been forced to think global, says Taavet Hinrikus, Skype’s first employee and co-founder of TransferWise, a peer-to-peer money-transfer service. Over 14,000 new companies registered in Estonia in 2011 (World Bank), 40% more than in 2008. High-tech industries account for about 15% of GDP. Education is important, too: in 2012, a programme called ProgeTiiger (“Programming Tiger”) was announced, to teach five-year-olds the basics of coding. “In the 80s every boy in high-school wanted to be a rock star,” says Mr Hinrikus. “Now everybody in high-school wants to be an entrepreneur. “

Mistakes made in general education throughout the EU countries over the last decade within ICT should not be repeated. Many studies have shown that throughout the “internet era” the focus on ICT has moved from “how things work” almost exclusively to “how to use” technology. The latter “how to use” is now recognized as a redundant educational concept as all students simply learn and use ICT as a part of everyday life. The call from many governments is for education to move back to an understanding of how things work.

Robotics in education is quite well developed in Estonia if to take into account number of schools involved in robotics and number of schools having equipped with different hardware kits. The reasons for using robots in education are different and quite often not understood the same way by all parties. Robots have mostly found use in schools in extracurricular way not because key leaders in Estonia want to make everybody to become engineers. It is not a dream to develop and own a systematic approach which would result growing anybody a programmer, mechanistic etc. Although this purpose is written as underline, robotics should be taken as tool in education for learning new skills (digital, teamwork, analytical) and gaining knowledge about STEM related subject in new, fun and more effective approach. Robotics is a tool to think with and arrange thoughts. In the end of last century, educational theoretics considered math to be a such a tool. Nowadays, motivation for learning math is quite low among students. Reasons are quite realistic including that students really don't need that level of math knowledge in their everyday lives. They are difficult to convince with the reasoning of having educational effect on their thinking. As education is evolving and changing, new tools should be used. Need to arrange thoughts, logic, algorithmic thinking is still there, but math alone is not the right tool any more. Programming and robotics should be considered as new math because it offers playful and motivational way to learn.

Schools are equipped with robots in all over the Europe. Level of usage varies between countries. But if you take number of students participating in STEM related extracurricular activities for example in Estonian schools, it was 14,58 % in 2015 according to Estonian education system (EHIS). Rest of activities involved everything else from dancing, sports to acting and arts. We are emphasizing that we do not want to exclude those activities, but we see a clear need for continuing work in STEM and robotics to reach more students all over the Europe. Our purpose is not only to popularize but creating awareness among target groups. Nobody knows if they would succeed in programming or technical disciplines until they have not tried it. In current education, bottle neck is that not all children are given the opportunity to try programming or robotics.

Objective of "Ready-Set-Robot" is to create bigger awareness among people, parents and society in general about STEM and importance of learning it. Future is shaped by engineers and programmers that create new values and reach further. For delivering these messages, we will take the best teams of students from Estonian schools and create motivational and educational videos about their work in robotics and project based learning.

Results of this project are intended to have broader usage, not only in Estonia. For this we are involving partners from other countries to develop concept and format across Europe. Within and after this project, we intend to introduce our results for key players in education to use the format and videos for repeating preliminary results in Estonia.

” NPO Robootika has been developing educational robotics in Estonia since 2008. From that time the number of schools involving in robotics activities has risen up to 350, which is more than 60% of overall. “ 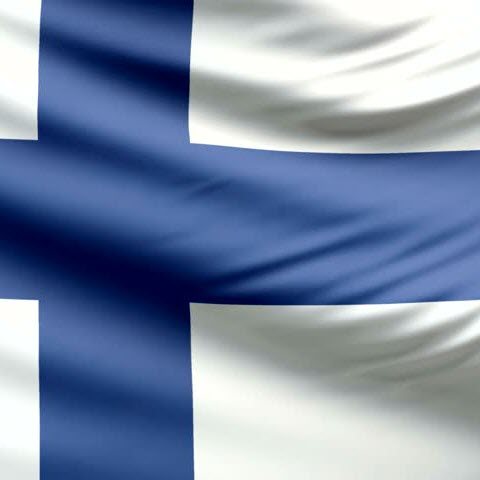 ” Our young organization is founded to increase young people interesting and understanding of science, technology and robots. “

Let's do more together